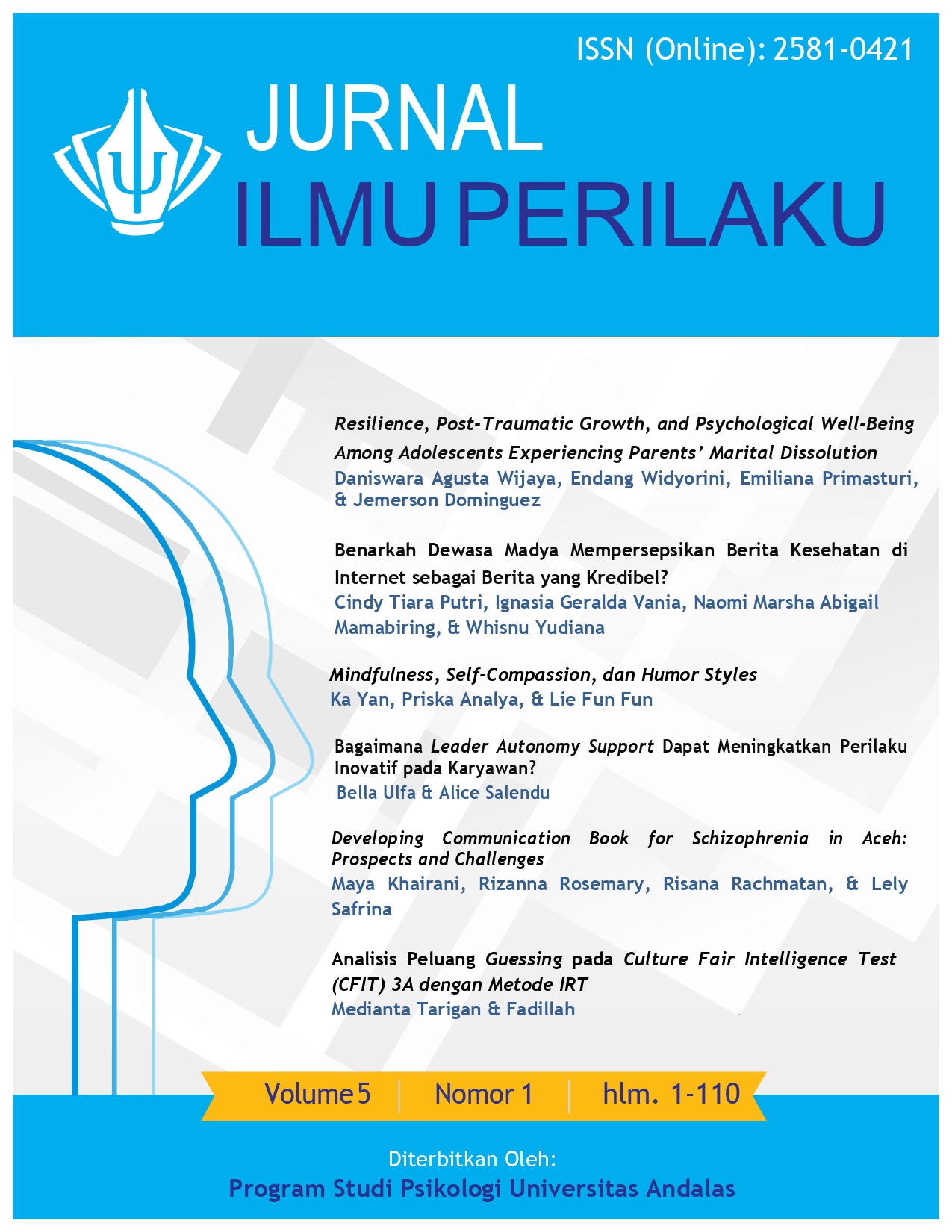 The third article is about the role of mindfulness and self-compassion in a single way or combines with humor styles. The sample consisted of 261 students from 447 populations and used a quantitative approach. Results of the first phase using linear regression to see the role mindfulness toward humor styles stated that mindfulness did not play a role in affiliative humor, but there was a negative role between mindfulness on self-enhancing, aggressive, and self-defeating humor.

The next article aims to develop and test a communication medium that can support the recovery process of post-discharge patients from the Mental Health Hospital or Rumah Sakit Jiwa (RSJ) in Aceh. This action research was carried out through focus group discussions (FGDs), interviews, and surveys to health practitioners (mental health nurses, psychiatrists, psychologists, community leaders) and family or caregivers of Patients with Schizophrenia (PWS). The study found that messages about Schizophrenia that are developed through a community-based approach are likely to be better accepted than the expert-led information.

Furthermore, the sixth article evaluates the validity of CFIT by analyzing the guessing behavior using the Item Response Theory (IRT) method. The sample of this study was 1,955 participants and the results showed that based on IRT 3 PL modeling, the items in the CFIT 3A are still feasible to use. The result of the model fit test using the Confirmatory Factor Analysis (CFA) method as an additional analysis shows that the validity construct of CFIT 3A is good.

This work is licensed under a Creative Commons Attribution-NonCommercial-ShareAlike 4.0 International License