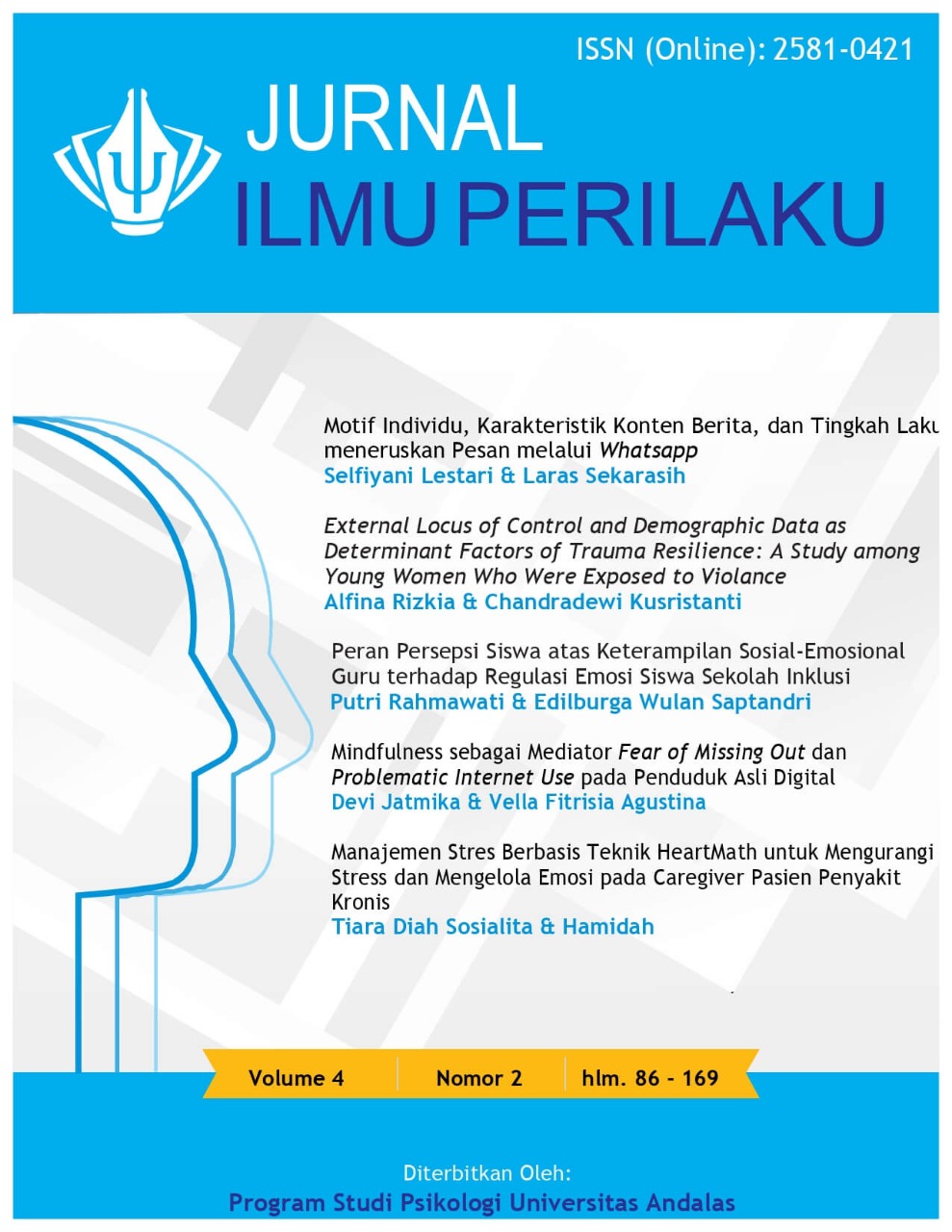 This edition consists of five articles. The first article discusses what motivates individuals to forward messages on WhatsApp as well as the characteristics of information that they would forward to other users. The results showed that besides to inform friends and relatives about an event or information, participants’ responses also indicate that message forwarding serves as a conversation starter in direct messages or on WhatsApp groups. Participants’ responses indicate that forwarding surprising messages with unverified sources reflects a lack of information literacy instead of a motivated or intentional act to disinform others.

In the next article, we present a single case study that aimed to explain the role of LoC in trauma resilience among 134 young women (20 – 40 years old) who were exposed to violence (domestic, physical, and sexual). The results showed that external LoC significantly contributes to trauma resilience, there is a significant difference between violence exposure, perpetrators, and disclosure to others about their experience of violence. In this study, there are no participants who reported a dominant internal LoC, so future studies are advised to focus on women who were exposed to violence with a more dominant internal LoC.

Furthermore, the fifth article is about intervention was given to caregivers who care for their family members in chronic illness. Results showed that stress management based on HeartMath Technique is effective for reducing stress in caregivers.

This work is licensed under a Creative Commons Attribution-NonCommercial-ShareAlike 4.0 International License